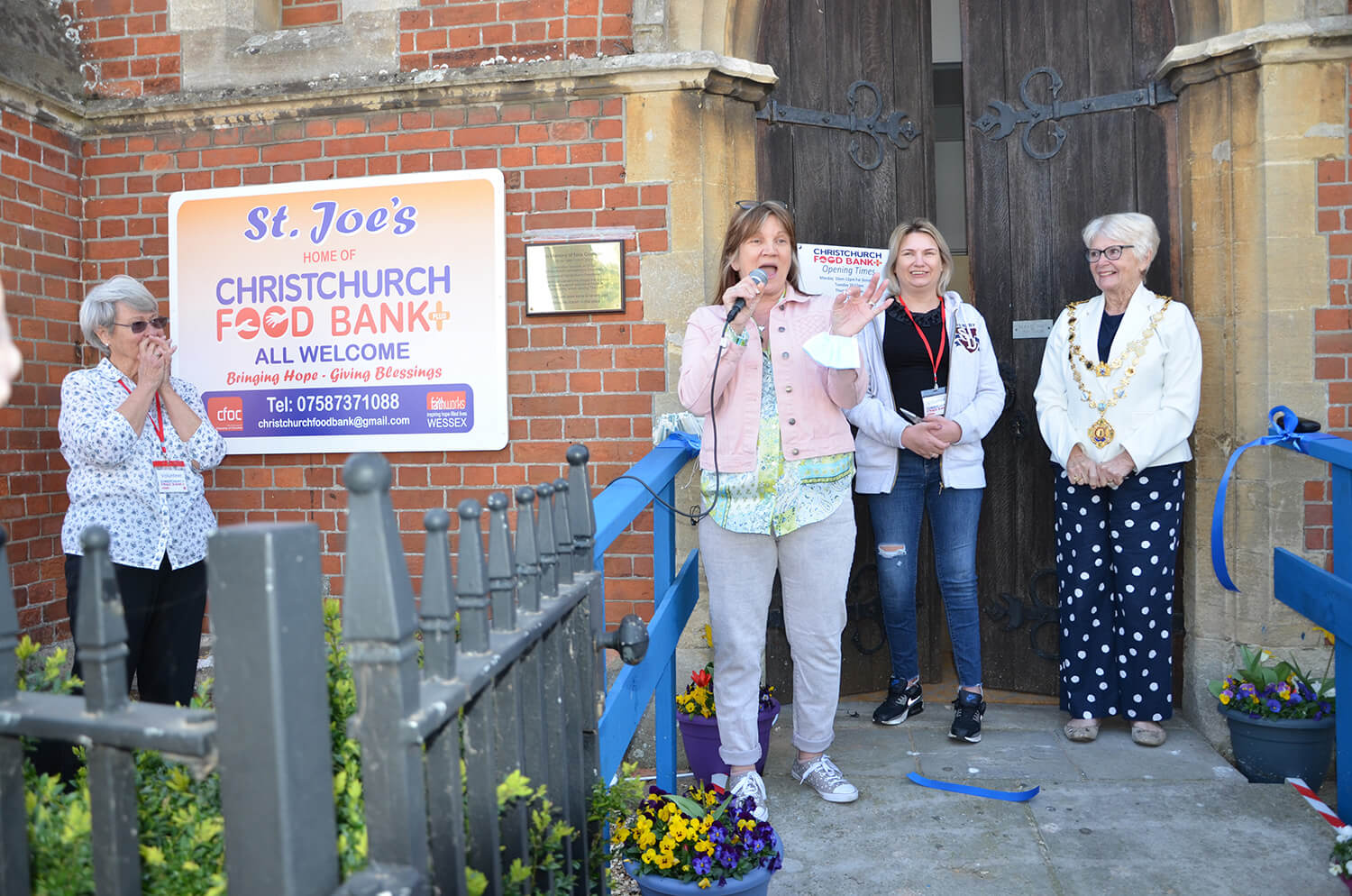 “I would love to not have a job.  I would love for us to be able to say ‘everybody can manage for themselves”
Tracy Blick, Christchurch Food Bank+ Manager

St Joe’s, the home of Christchurch Food Bank+, was officially opened following a refurbishment.  The light and spacious area provides a safe space for guests to speak to the team about further support such as debt advice and cooking on a budget courses to build up resilience in the long term.

The building was officially opened on 25 March – the Mayor of Christchurch, Cllr Mrs Sue Bungey, opened the building alongside volunteer, Christine.  The ceremony was dedicated to Nick Coghlan who’s dream was to see the Food Bank site expanded.  The event was featured on BBC South Today – you can watch it here.

Your Food Bank+ Needs You!

Your Food Bank+ Needs You!

I want to support Faithworks today